Music and Libretto by Tom Cipullo 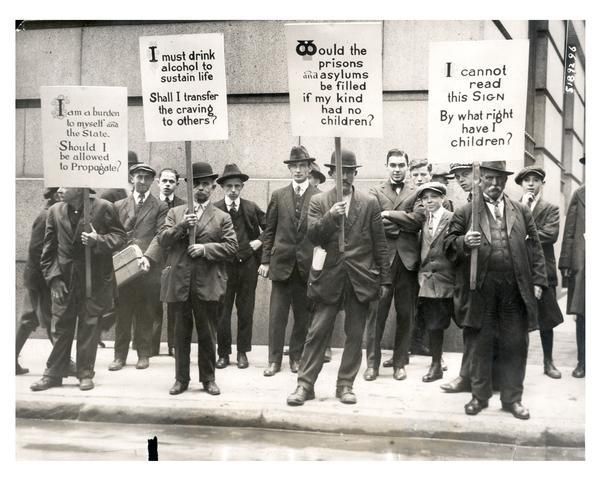 Over a decade ago, a chance encounter led me to an obscure 50-year-old article in Life magazine.  The article bore the title A Lifetime Thrown Away by a Mistake and the subtitle Mental Homes Wrongly Hold Thousands Like Mayo Buckner.  In other sources, I learned distressing facts about a neglected episode in American history.  Eugenics, sometimes considered solely the province of totalitarian states, had a significant and tragic past in the United States.  Beginning at the dawn of the 20th century and continuing, remarkably, into the 1970s, thousands of unwanted American children were placed in institutions and held there, often for their entire lives. Using early, flawed versions of IQ tests as well as a perverted view of Darwinian science, officials of many states incarcerated numerous “deficient” children to protect the nation from what was described as “the menace of the feeble-minded.” Mayo Hazeltine Buckner, was committed to such an institution as a child and lived there for sixty years.  At the age of 67, he was given a more modern intelligence test and was determined to have an IQ of 120.

Mayo, the opera, is not a historical document. I had little information about Mayo and so my notion of him is, no doubt, very different from the real person.  Many of the characters are my invention. Mayo’s love interest, Valeria, did exist however, as did the blind inmate Wesley Vert. And the 1927 Supreme Court decision that allowed compulsory sterilization of the “unfit” was, in fact, written by Oliver Wendell Holmes, Jr.  That decision, Carrie Buck v. John Hendren Bell, Superintendent of the State Colony for Epileptics and the Feeble-Minded, has never been explicitly overturned.

(Prologue) The voices of a young boy and his mother are heard as they travel by overnight train in 1907.  (Scene 1) The lights come up on a city street in mid-America circa 1900.  A pro-Eugenics group has hired indigent men to humiliate themselves in order to demonstrate “the menace of the feeble-minded.”  In the hiring process, the indigent out-negotiate the eugenicists and win a decent wage.  The leader of the eugenicists recites his screed, and the indigent men make plans to spend their money.

Scene 2 takes place in the Superintendent’s Office at the Iowa Home for Feeble-Minded Children, 1907.

Scene 3 is set in the Boys’ Dormitory at the Iowa Home, twenty years later in 1927.  Mayo, now a man, mentors many of the young inmates, including young, recently-admitted Jimmy and blind Wesley. The orderly, Beckmann, instructs the boys to get ready for bed.  There is a great commotion when Jimmy wets himself during the night.

To hear Mayo’s first-act aria “If I Were the Smartest Man on Earth,"

performed by baritone Ben Edquist with the students of the Crane School of Music,

Please use this link to view a PDF of Mayo's first-act aria.

Scene 1 takes place that same season in the garden of the Iowa Home.  A young girl, Jo, sings a lullaby to her doll, as the orderly Beckmann recalls the same folk song with different lyrics.  Carolyn and Valeria are assigned to weed the garden but are soon distracted as Valeria confesses that she has fallen in love.  Later that week (Scene 2), in the Chapel at the Iowa Home, the Sunday service concludes and the congregation files out. Valeria and Mayo remain behind and dream of a home together. Miss Goodrich returns and is surprised to find them together.  Later that day, in the Superintendent’s office (Scene 3), The staff is alarmed at the depth of Mayo’s relationship with Valeria.  They interrogate him about his conduct and determine that something must be done.

The act opens in the chambers of U.S. Supreme Court Justice Oliver Wendell Holmes in 1927.  As Holmes recites from his Buck vs. Bell decision, (with its infamous phrase, “Three generations of imbeciles are enough.”), voices from the institution mix with his.  The decision allows the coerced sterilization of those deemed “unfit.”  Thirty years later (Scene 2), a new superintendent has been hired and questions the effectiveness of Miss Goodrich’s dated methods.  After she is discharged, Miss Goodrich insists that she is the only one who under-stands the children and that she taught them when the state and their own parents thought it too difficult a task.  Mayo, now an older man (Scene 3), is re-evaluated and his above-average intelligence recognized after a modern IQ test.  He is told that he may leave the institution, but he reveals to Jimmy that he’s always been afraid to go.  He finds comfort in music and in the poetry of Whitman.   In the concluding scene, the din of children playing yields to a single character:  Wesley has found his voice for the first time.

Mayo is in three acts with a single intermission following Act I.  For the SUNY/Potsdam premiere, a single bi-level set (designed by Bobby Bradley) was used throughout.  The use of some furniture and small props completed the look for the various locales, including a street in middle-America, the chambers of Supreme Court Justice Oliver Wendell Holmes, and various settings at the Iowa Home for Feeble-Minded Children.  The set had a two large window-like areas stage right and stage left that were used for projections to enhance the sense of place or to amplify the drama.

Please note that the number of parts can be reduced further by having singers play multiple roles.